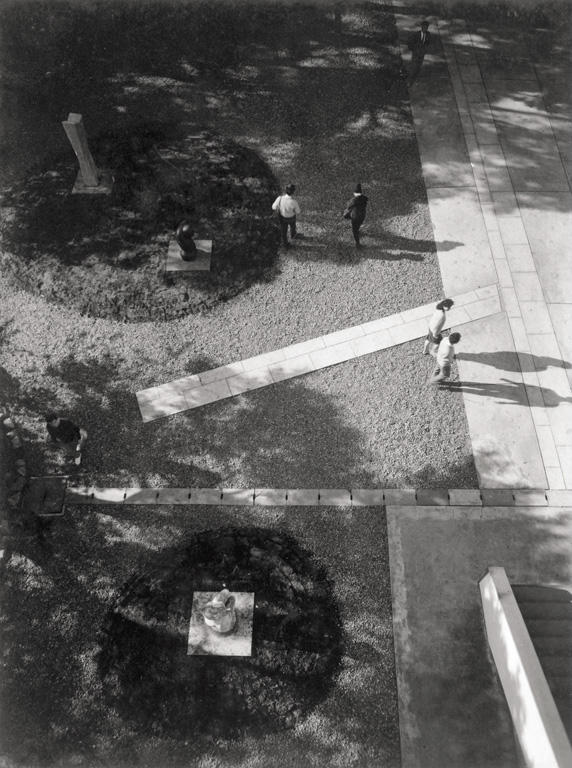 The Museum of Modern Art, Kamakura & Hayama has been taken an active role in promoting modern sculpture since the 1950s. In our gardens, we have on display various works that have received prizes at major biennials for sculpture. In 2016, the open-air sculptures and wall paintings in our former Kamakura Museum building were transferred to Hayama. Here we introduce our permanent exhibits, which can be seen without an entrance ticket.

Since the opening of the museum in 2003, some of our sculptural works have been changed around, and others transferred from the Kamakura Museum after its closure in 2016, besides two sculptures from the Kamakura Annex during 2018-2019. Currently nineteen works are on display in the garden and two paintings in the building. Enjoy a stroll in the garden facing Isshiki Beach while on the hunt for sculptures.

Since 1984, many modern and contemporary sculptures have been displayed in the garden, such as Chanson de Chien [Sing of the Dog] by Yoshitatsu Yanagihara which stands in the front of the building. After renovations in 2017-2019, some sculptures has been relocated in the garden of Annex or moved to Hayama.