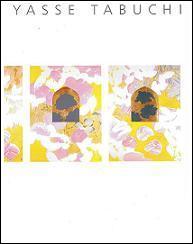 Since 1951, Yasse TABUCHI (Tabuchi Yasukazu, 1921-) has continued his creation in France. Always reflecting on the common root between Asian and occidental cultures, he has won high acclaim in Europe and Japan for his paintings filled with colour. This exhibition examines the entirety of his career through 90 of his paintings.